How do I interpret the graph?

Your graph is the representation of all your progress thus far on your Beeminder goal. Though you can use Beeminder without understanding or relying on the graph, we think they're super interesting and add a ton of value and motivation to help you achieve your goals! 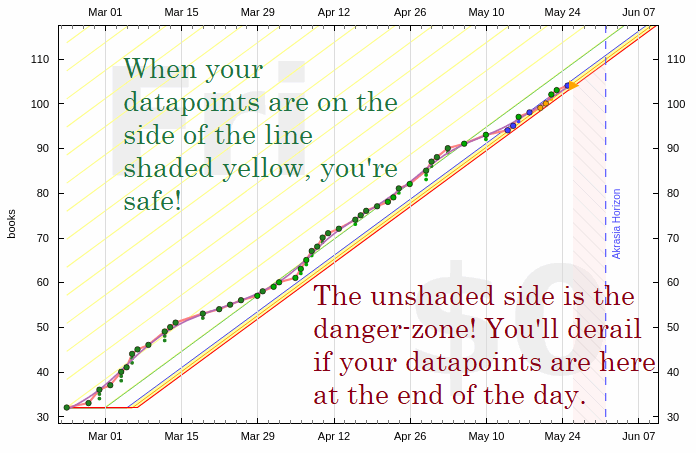 Some graphs have the side below the graph shaded, when you want to do equal to or less than the rate you've set for your goal, e.g. a Do Less goal. The same principle applies, though!

What about the colors of datapoints?

Every time you enter data to your Beeminder goal, you create or modify a datapoint on the graph. Each datapoint is green, blue, orange, or red, depending on where it falls in relation to the bright red line:

On the 25th, I actually added two datapoints, and you can see the first one as a little orange dot, right next to the line. It gave me a day of buffer, but I'd have been in the red the next day if I hadn't added that second datapoint. 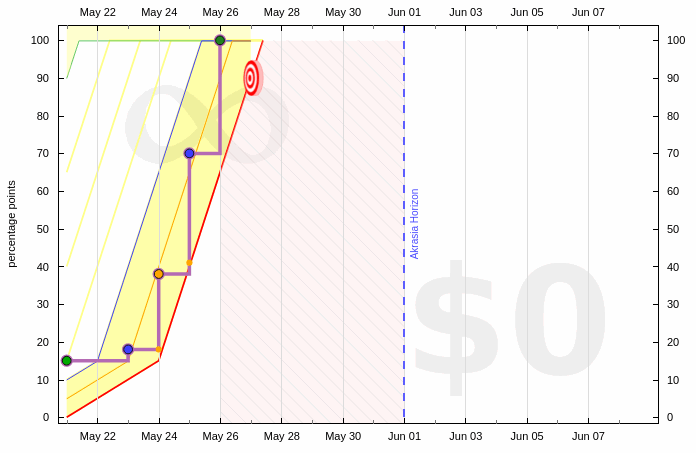 There are some exceptions to the rules above for certain combinations of goal settings, especially on custom goals, but the above is the guideline you should use, and will be true for most standard goals.

Can I change where the graph starts, or make the end-date of my goal visible?

You can adjust the range shown on the graph in your goal settings by changing the "x-min" (initial value on the x-axis), "x-max" (maximum value for the x-axis, e.g. the date you want the goal to end), y-min (initial value displayed on the y-axis) and y-max (maximum value on the y-axis). This is useful if you ever want to hide an earlier portion of the graph, or if you want to temporarily zoom in on one section for a closer look!

Can I tell from my graph image alone when I'm due to derail and how much it will cost?

Yep! The graph also includes the current pledge and a short indicator of when the goal next derails in two of its corners. 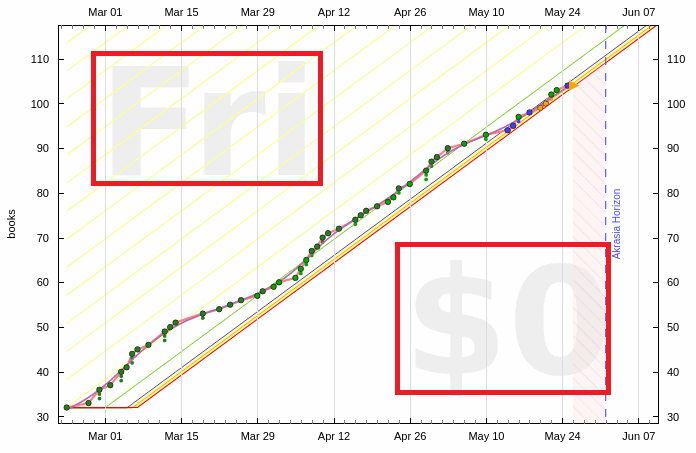